Automation is the Building Block Behind Autonomous Networking 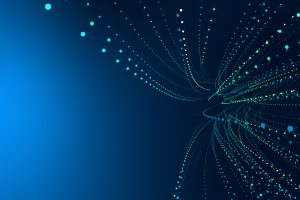 Beyond reducing OPEX and increasing reliability, automation has allowed us to remove manual steps, automate configuration tasks for network and security functions, and have centralized zero-touch provisioning across the edge.

Network programmability, of course, is key to automation. In order to automate networks, we need to easily program things with standards-based programmability. NETCONF & YANG, standards in programmatically updating and modifying the configuration of network devices, is the enabler that makes it possible.

Automation and AI are enabling a new networking model

The logical next phase in networking is moving away from a human-decision-driven network, to one that is self-driven and autonomous by making use of both automation and artificial intelligence (AI). Intent-Based Networking (IBN) is the next big leap in merging the capabilities of automation and AI. The autonomous network is what automation is a key enabler for.

We often associate automation with service provisioning and configuration management. In the case of network provisioning, monitoring, and collecting data, today, humans are highly involved in data analysis and decision-making. As we apply AI to network operations, we bring AI and machine learning benefits to analyzing and acting upon telemetry data. This allows the network to evaluate and react more quickly to changes, while monitoring and responding based upon intent, with less human involvement.

The new paradigm of employees working from anywhere means more resources are deployed at the edge. SD-WAN and SASE allow organizations to move technology resources to wherever workers are located. If an employee travels from their home to a coffee shop to an office, an autonomous network can use the security policies, access controls, and the user’s applications, to automatically apply the necessary adjustments without human intervention. The system would make the decisions and monitor the activities to ensure the organization’s intent-based rules are followed.

While automation has helped us make the incredible accomplishments we have today, autonomous capabilities are still evolving, even as we have laid the groundwork in developing many of the pieces. But certainly, there is much more work to be done to bring us to the point where autonomous networking is widely adopted.

What is an autonomous network?

Self-driving cars are analogous to an autonomous network. They have autonomous systems that gather information from sensors and analyze the data to plan and execute an action in order to achieve a goal. For example, a self-driving car will analyze data from its sensors indicating a road hazard ahead and then take the appropriate action.

An autonomous network requires a closed-loop of programmable infrastructure, analytics and intelligence, and software control and automation, all driven by AI. Cybersecurity is an integral piece of the autonomous network. AI is being used to recognize, respond to, and contain cyberattacks. AI-enabled cybersecurity solutions detect behavior pattern anomalies, track data, and look for software vulnerabilities. AI can quickly detect threats and analyze the relationships between malicious files, suspicious IP addresses, and other inconsistencies. AI automates threat detection and response, analyzing massive volumes of threat intelligence for users, assets, and networks.

These are the primary pieces needed for an autonomous network. As you can see, much of it exists in some form today. As we begin the new year, it’s important to consider the pace of innovation and transition we experienced in 2021 and look forward with excitement to even greater advancements this year. Within a few short years, autonomous capabilities may well replace the network paradigm of today. This will be built using automation based on NETCONF & YANG-driven network programmability.

Learn more about how NETCONF & YANG provides the foundation for network programmability and automation which will lead us to the autonomous network by reading our white paper “Enabling Network Programmability & Automation with NETCONF/YANG“.