The Role of Automation in DevOps 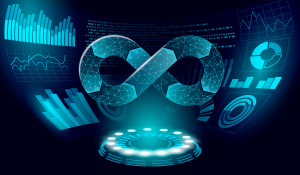 We hear a lot about DevOps. It’s described in many ways—an approach, a philosophy, a culture, a set of practices. We all know that DevOps is meant to overcome the silos between development and IT operations that have saddled the traditional ways to develop and deploy applications. Teams that are locked in a manual, siloed way of functioning become chokepoints with projects ping-ponging back and forth between development and operations, slowing things down.

DevOps done right creates stronger bonds between development and operations and results in delivering new applications to production faster without compromising quality (e.g. with fewer bugs missed).  But, what’s often lacking from DevOps discussions is the tangible steps to accelerate it.

Automation is certainly part of the answer. When you get down to it, automation is one of the most important ways of actually doing DevOps. It enables efficiency, consistency, reliability, and scalability. In short, automation makes it easier to achieve the goals of DevOps by streamlining your processes.

What should you automate? Everything you can, of course. Many teams will prioritize the following processes for automation first in the DevOps lifecycle:

Automation also has to be done right; a half-baked effort is a non-starter. How do you make the automation successful?

That’s where network programmability comes in. Programmability is the real performer that makes actual automation and orchestration happen in the network.

Programmability makes it possible to send commands and parameters to make everything happen and gets the configuration that is needed directly into the device. Tied to all of this programmability is the use of open standards to ensure the data changes and elements work together in a common way. Our experience has shown that NETCONF and YANG are the best way to accomplish this.

Interestingly, DevOps and network programmability came on the scene at about the same time. It’s not a coincidence. Network programmability, driven by NETCONF and YANG, opens doors for DevOps teams to experiment, test new ideas and solve complex problems that occur when new services are deployed.

If you’re looking for a great resource to learn and share what’s happening in the network programmability, check out this whitepaper: Enabling Network Programmability & Automation with NETCONF/YANG.